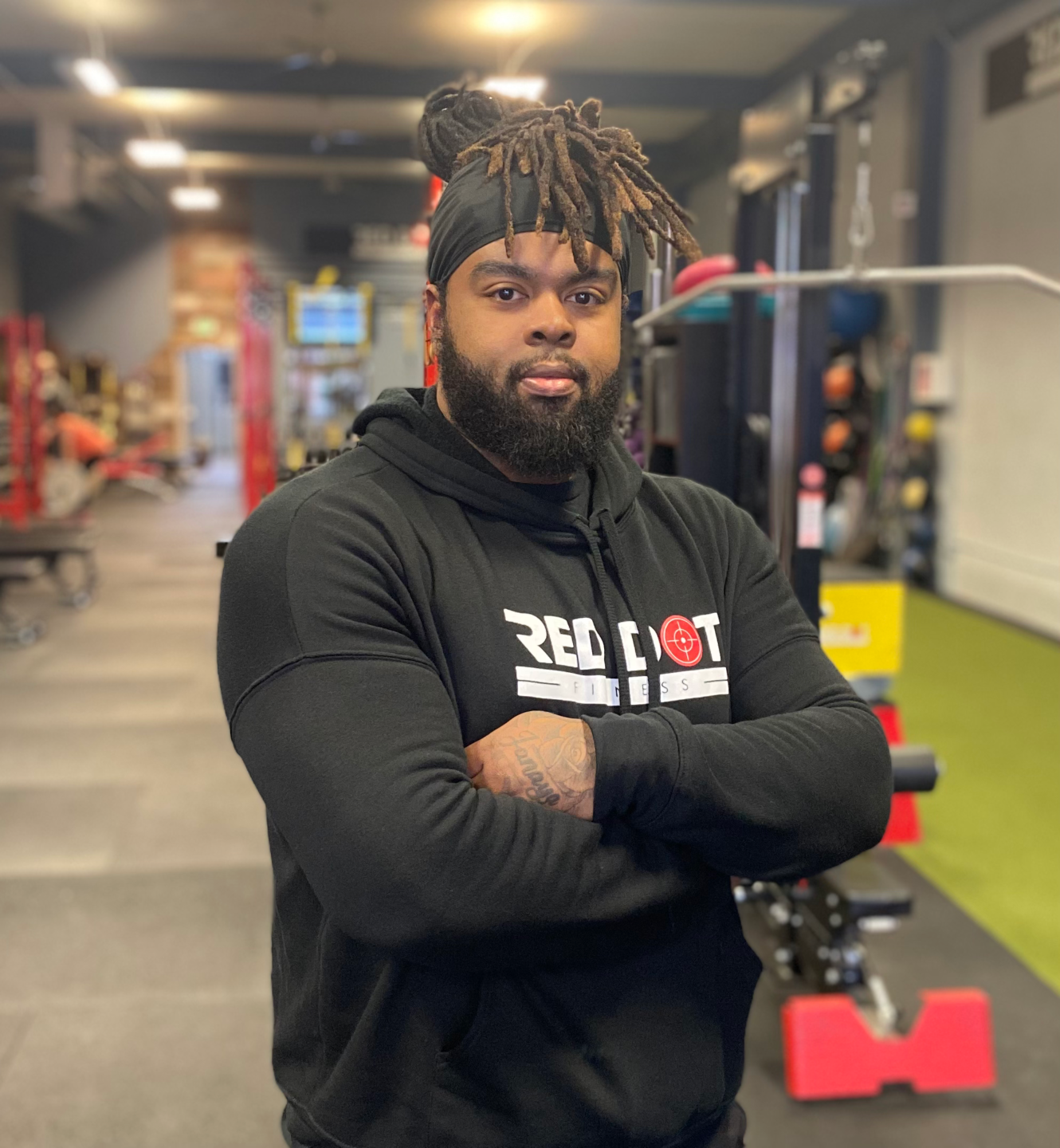 Randolph Givens, better known as RG, was born and raised in San Jose, California.  Ever since he can remember, he has always been a competitor. During high school, RG was a tri-sport athlete participating in football, basketball, and track & field.  After high school he continued his football career in the Northern Sun Intercollegiate Conference (NSIC) at Southwest Minnesota State University (SMSU).  It is from SMSU that RG graduated with a bachelor’s degree in Exercise Science.

RG is passionate about football, and he is the first to admit that he went to college to play football, that he wasn’t driven to attend college for “school.”  Throughout his time at SMSU, RG was challenged with his football career and educational journey.   Mentally, football was tough because of the injuries he experienced.  During his 1st year he ruptured his spring ligament which caused the arch in his foot to collapse. During his 2nd year, he tore his lateral meniscus, sustained a bone bruise in his knee, and he dislocated his elbow. In RG’s 3rd year, he fractured his lateral tibial plateau, dislocated his knee cap, and tore his MCL and medial meniscus. Needless-to-say, every season was an uphill battle.

Simultaneously, RG was trying to figure out what he wanted “to do when he grew up.”  He was studying exercise science, but he didn’t know how he wanted to apply his education until his senior year. RG had the opportunity to get ‘hands-on’ experience in training/coaching.  Through his undergraduate program, the university had a relationship with local businesses and their employees where students could apply what they learned in classes.  It was during this experience that RG realized coaching/personal training is what he wanted to do professionally. Helping others to feel better and achieve their health and fitness goals is very rewarding for him.  One day he would like to have an athletic facility of his own where he can help high school athletes better prepare to transition into college sports.

Post graduation, RG attained his NCEP (National College of Exercise Professionals) certification and moved back to San Jose to be closer to his family.  He immediately started working for a local box gym as a personal trainer, and during his tenure he held various positions such as personal trainer, head coach, and general manager. RG enjoys working with people of all abilities and goals.  He specializes in strength training and speed & agility training.

Outside the gym, RG enjoys attending art museums; he enjoys visual art, sculpture and paintings.  His favorite music is old school R&B and hip hop, and he enjoys playing chess when he gets the opportunity to play with someone who knows how.  Some other “Fun Facts” about RG include: he has four sisters and he is the only boy;  his favorite NFL football team is the Raiders and Oregon Ducks for college.  While he isn’t a basketball fan, RG’s favorite NBA player is Steph Curry.