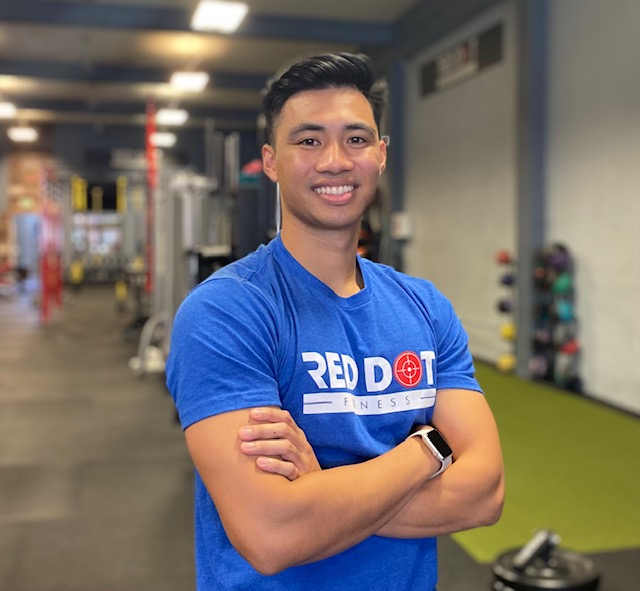 Growing up, Kurt was always the undersized kid, but his passion for success is supersized!

Kurt’s uncle helped spark his passion for fitness by introducing him to basketball, a sport he always wanted to play. What hooked Kurt into basketball wasn't the camaraderie with teammates or the sensation of winning, but the realization of “there’s always room for improvement.”

Kurt participated in a variety of sports, and he did quite well; however, he was passionate about basketball.  Kurt’s plan was to play basketball all four years of high school, but his phys.ed. teacher/head coach had other ideas for him.  Coach thought Kurt embodied “college scholarship potential,” but not in basketball, but rather in track and field.  Taking this into consideration, Kurt decided to drop basketball and dedicate his time and energy into sprinting and jumping events -- and, get this! He had an opportunity to compete at California State University, Northridge, where he ultimately received an athletic scholarship.

When Kurt started off his education at CSUN, he majored in Kinesiology - Exercise Science; he was fascinated about how the human body functions and how individuals can perform at different thresholds.  He’s had internship experiences in the CSUN chiropractic and athletic training settings, but something drew him toward finance.  It was in this area of study that he eventually landed to finish his bachelor's degree.  After graduation, Kurt took a job in finance, but deep down, he knew he “belonged” somewhere else. Upon re-evaluating ‘life’ and professional goals, Kurt decided to return to school where he could once again pursue his passion for helping people in the area of health science.  Currently, Kurt is pursuing a degree to become a Nurse or possibly a Nurse Practitioner via Evergreen Valley College/San Jose City College in order to fulfill the prerequisites needed for a Bachelor of Science Degree in Nursing.

In addition to working at Red Dot Fitness, he also works part time at his old high school as a Track and Field Assistant Head Coach/Strength and Conditioning.  He also enjoys spending his time at the gym doing olympic lifts or general strength/endurance training. Cooking is another pastime he enjoys, whether trying to replicate what he may have had for dinner at a restaurant or what he saw on the internet.  And, when he has some down time, Kurt likes the comfort of his couch to watch “The Office” on Netflix.

Kurt brings to Red Dot Fitness a positive and exuberant energy, so get ready to be greeted by him at the front desk with a BIG hello.